Non-QMs Are an Undiscovered Gold Mine – Here’s Why

If there’s one thing that is a hot topic in the mortgage industry at the moment, it’s Non-QM mortgages and loans. The Washington Post talked about how they were making a dramatic comeback, lenders are rapidly adding them to their roster of products, and searches for ‘Non-QM’ have skyrocketed over the past few months.

Non-QM loans are having their day in the sun. The big question is as to why.

Non-QM loans are a way for borrowers who might not qualify for a conventional loan to secure a mortgage. That makes them valuable to both borrowers, who can now qualify for mortgage loans even if they don’t meet the ‘traditional’ borrower profile, and brokers, who can profit off an influx of borrowers while providing a service to help them get into great homes.

As a result, there’s been a rise in demand from both borrowers who are seeking them out and lenders who want to provide them. For many brokers, this is the perfect time to enter the Non-QM market – with so many lenders and borrowers interested in Non-QM loans, it’s easy to recognize how brokers can capitalize on them. However, to benefit from Non-QMs, it’s important to understand what they are and how they work.

What is Non-QM, How Did We Get It, and How Does it Work?

To understand what makes Non-QMs such power players today, it helps to know how they work. In response to the 2008 real estate market crash, a law called The Dodd-Frank Wall Street Reform and Consumer Protection Act was passed in 2010.

It established the Consumer Financial Protection Bureau, which makes sure that financial institutions treat consumers fairly and follow the law. Later, it also established the ATM/QM rule, which is a rule that requires lenders to make sure that borrowers can reasonably pay back a loan to get the government backing of institutions such as Freddie Mae, Fannie Mac, or the Federal Housing Administration.

While this is centered in sound logic, many borrowers found themselves locked out of loans for seemingly not having money to pay them back, even when they did. Take, for example, a real estate investor. They may make plenty of money by buying, renovating, and selling homes, but they don’t record that cash flow on a W-2, which is what many lending organizations request from potential borrowers to confirm their income. This could lead to the real estate investor being rejected for a loan because it looks like they don’t have the money to pay it back, even when they do.

In response, more financial institutions began offering loans to support borrowers that did not fit the conventional loan limits established by the government. These loans could have higher lending amounts and more flexible terms but also came with a higher level of uncertainty. They were called Non-QM loans (nonqualified loans) because they fell outside of confirming limits set by the government.

Because these loans weren’t backed by the government and weren’t qualified, many borrowers and brokers were nervous about approaching them. However, lenders could be more flexible about who they would lend to and how much they would lend with a Non-QM loan. Non-QM lenders also still need to abide by consumer protection regulations put in place by the government.

They could even make loans that would accept different proof of incomes and ok credit. For brokers and lenders, they could enjoy an influx of applications and approvals, allowing them to turn a profit even with the new rules.

Now, Non-QMs are taking off. The timing for them is especially perfect right now. The pause that occurred for the Non-QM market due to the uncertainty of the pandemic is now behind us. Unconventional borrowers can take advantage of Non-QM products that are competitive and fit a variety of scenarios.

Non-QMs may be especially popular due to the number of people who had to take contract or freelance work during the pandemic, which is work that often isn’t recorded on a W-2. Many brokers will recall how the pandemic took its toll on Non-QMs, with lenders and brokerages pausing their Non-QM products for a short while due to the uncertainty of the pandemic market.

However, many Non-QM lenders have returned to offering these products post-pandemic. This is because the market is more stable, and there continues to be a demand for Non-QM loans. Overall, brokers who enter the Non-QM market now are coming in when both borrowers and lenders are optimistic about their outcomes. There’s an opportunity for brokers to turn a profit in the current environment by helping unconventional borrowers land a mortgage loan.

What is Non-QM Worth to both Borrowers and Brokers?

Non-QMs are quickly developing to be the power player of the mortgage industry. Having been made with unique borrower situations in mind and having stuck through some of the more pressing situations it’s been presented with, the Non-QM is here to stay.

However, some of the strongest performers in the Non-QM industry have been the ones who have worked with Non-QM products extensively, like A&D Mortgage. Having established ourselves in the Non-QM sector, we know this kind of loan inside and out.

As a full-service lender, we pride ourselves on providing the Non-QM products your clients need to get to where they want to live and providing you the concierge services you need to get them there. From providing Income Calculations in 48 hours or less to offering you fliers and other documents for your ease of use, we have you covered.

That’s not to mention that you have the backing and care of an organization with experience in handling Non-QM loans. As a result, you have a wealth of knowledge on Non-QM loans that you can tap into at your disposal. 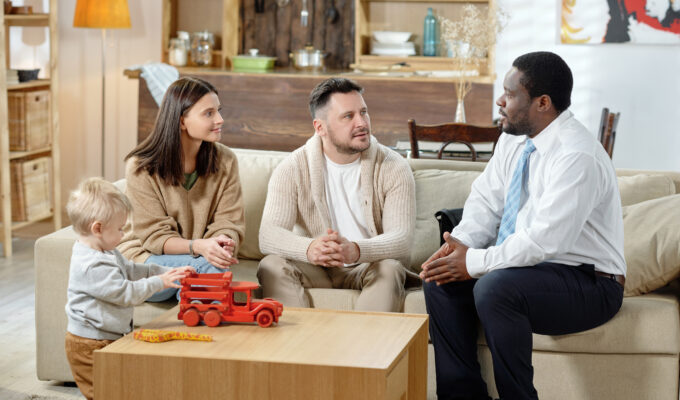 Webinar - NON-QM Mixer: Everything You Need to Know about Non-QM Products! 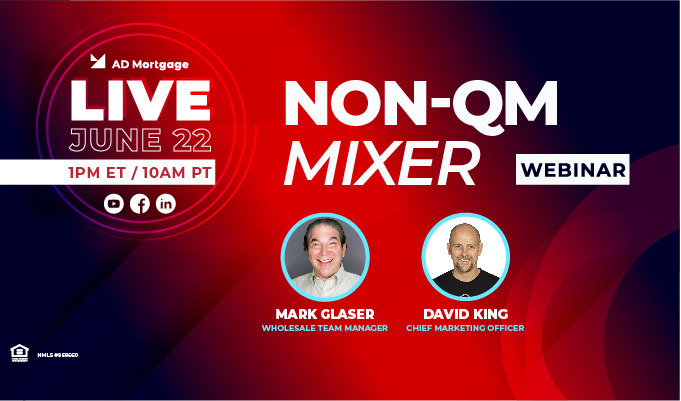 Go Beyond with Conventional High-Balance Loans! 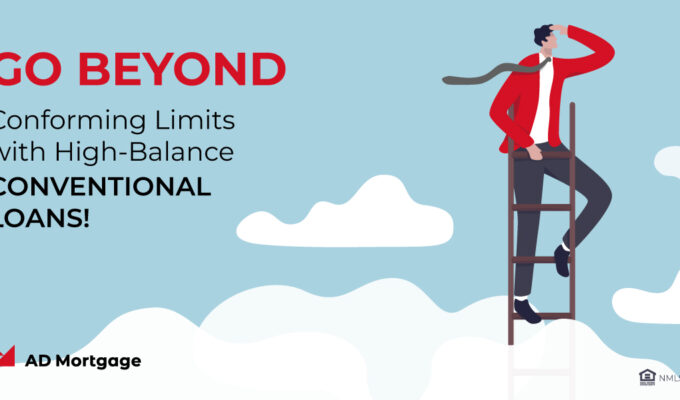